After the last blog post with female bronc rider Kaila Mussell, author Heidi M. Thomas contacted me about doing an interview. I won’t spoil the surprise, but Heidi’s background is a perfect follow-up to a bronc riding story, especially since the NFR 2015 has just started! Not only an award-winning prolific writer and editor, she’s an author with a strong western heritage that I think all of us horse lovers can relate to. 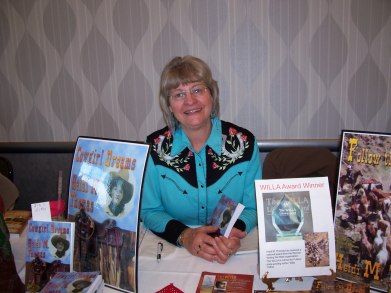 Tell us about your childhood growing up on a working ranch in Montana. What were some of your favorite things about growing up ranching?

I loved the sense of freedom of living miles from a town, being able to run and play with no restrictions as a kid. Working with my parents taught me a sense of self-reliance, strong work-ethic and independence. Being around cows, horses, dogs and cats gave me a love for animals. And being without “technical amenities” gave me a love for reading and writing.

I knew she loved riding and being outdoors more than anything in the world and we rode horses together numerous times. But I didn’t know she was a rodeo cowgirl until she passed away when I was 12. My dad and I were going through photo albums and he casually remarked, “Did you know your grandma rode bucking stock in rodeos?” Whoa! How cool was that! I filed that away in my brain until many years later when I was ready to write about her life. 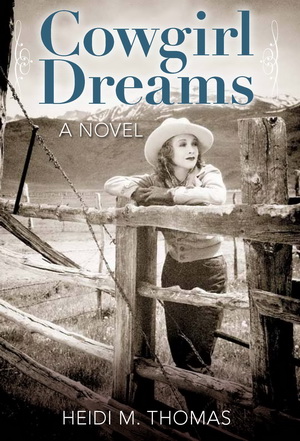 What do you think made her decide to ride roughstock, and what were some of the challenges that she faced?

I wish I could’ve asked her questions about that, but through stories my dad told me and my research, I learned that many girls naturally gravitated toward that sport. They, like my grandmother, grew up on ranches, riding with their dads, brothers and later, husbands out of necessity. Then when the men got together and decided to see who could stay on the back of that bucking bronc the longest, the girls said, “We can do that too!” Many started competing around age 14. Their families sometimes were accepting and sometimes not. It was socially unacceptable to wear men’s pants, travel and compete with men, and it was dangerous. The “old-time” cowboys didn’t think “girls” could ride and they didn’t like it when they were outridden by a woman.

What impact has your grandmother, and growing up on a ranch had on your writing?

It’s had a huge impact. From that casual remark by my dad have come four published books! Her life and my growing up on a ranch gave me a love and a first-hand feeling for the setting, which I think is an important part of my writing.

When did you start writing, and what were some of your challenges you faced when you started?

I like to say I was born with ink in my veins. I’ve been writing since I could form letters. I did get my degree in journalism from the University of Montana and worked for the newspaper in Missoula, then did several years of freelance writing for other publications. When I started writing fiction seriously, I found that although I had a good foundation through journalism, I had to learn to “show, not tell” and not to write so spare in the “Accuracy, Brevity, Clarity” mode. After I’d written and polished my first manuscript to the best of my ability, I started to send it out and collect rejections. In that process I learned that I needed to study and practice my craft more, so I took a two-year certification course through the University of Washington in fiction writing. Then, it was a matter of finding a publisher once I was ready to submit. It took ten years from the time I started the book until it was published. I now have four published books: Cowgirl Dreams (1920s), Follow the Dream (1930s), Dare to Dream (1940s), and the nonfiction book, Cowgirl Up: A History of Rodeo Women.

What was your first book that was published? What was it like to finally see your work in print?

My first book was Cowgirl Dreams, the first of my “Dreams” trilogy, based on my grandmother. It was such a huge thrill to hold that first book in my hands! I was so excited and felt validated, that my dream was coming to fruition after all the years of hard work.

Are you a full-time writer? (If so, tell us how you got there, if not tell us your writing goals)

Yes, I consider that my vocation (as well as my avocation), along with freelance editing for other authors. I didn’t start writing books until after I had “retired” from a “regular” job, and I had a husband who was extremely supportive in all ways—my number one fan and cheerleader.

When do you do your best writing, and why?

I’m not a morning person, and I don’t have a set schedule, although I keep telling myself I need to! Mid-day and early afternoon are my best times. Also, I think from my journalism background, I find I write best with a deadline! I belong to a critique group that meets once a week, so that gives me my motivation!

You have written several books that have won awards. Tell us about those & the inspiration behind them.

They are a part of my “Cowgirl Dreams” trilogy. Cowgirl Dreams won an EPIC (Electronic Publishing) award and was a finalist in the USA Best Books competition. The sequel, Follow the Dream, won the coveted WILLA (named for Willa Cather) award from Women Writing the West. And of course, both are based on my grandmother’s life.

What is your latest book project?

I’m working on “the next generation” trilogy, based on my mother who came from Germany after WWII.

Any words of wisdom for other writers and those that aspire to write?

From my own experience, I’m glad my first novel did not get published when I first sent it out. Today, it’s become much easier to self-publish and it doesn’t carry the stigma it used to. But don’t be in a big hurry to publish your book. Learn and practice your craft. Take classes, read how-to books, and join or create a critique group. And when you’ve rewritten it for the 50th time and polished it to the best of your ability, hire an editor to go through it. Above all, perseverance is key. Don’t give up! 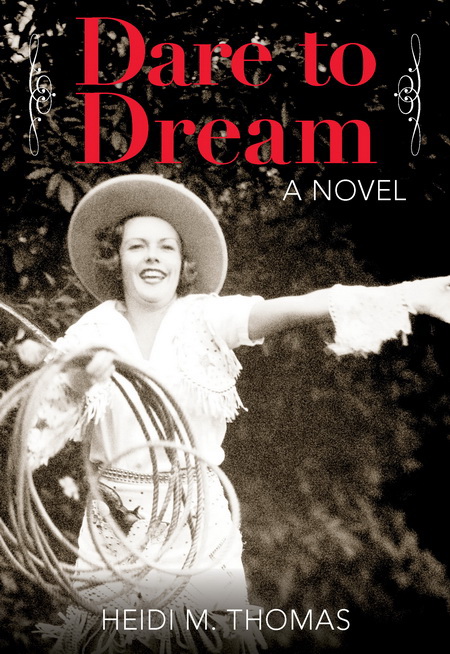